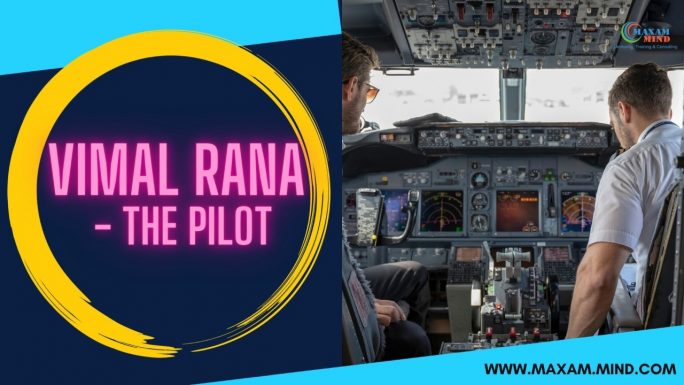 Vimal Rana was an ambitious 18 years young boy. He was a fair, handsome, tall, and good-looking guy. He cleared his 12th standard at science stream in 2018. He accompanied his parents. His father was in the merchant navy as a captain of the ship. His mother was a homemaker. Vimal had an aspiration to become a commercial pilot. Pilot training would cost around 70 -80 lakhs from any private institute. There is only one Government pilot training center at Bareilly in Uttar Pradesh in India. He was expecting huge competition in the written test as well as personal interview.

Of course, there would be tough competition for such a big and rare course. Vimal and his parents wanted me to train on his English speaking skills, fluency, and confidence. They wanted me to prepare Vimal for group discussion and personal interviews too. I started his training. I made him speak through games, activities, presentations, group discussions, and impromptu speeches. I worked on his effective body language, developed his self-confidence and fluency.

I prepared him for interview questioners and answers. Conducted some mock interviews and made him practice everything that I had taught him.

He had a group discussion and personal interview on the 6th of December 2018. The interview day had arrived. He participated in the group discussion and appeared for the personal interview. I asked Vimal on what’s app chat, “How was your interview? How was your performance in an interview? Vimal replied, “Sir it was superb. Results will be declared on 24th of December 2018.”I said, “Let’s hope for the best Vimal.”Yes sir, Thank you, sir.” He replied. I was expecting a message from Vimal on the 24th of December. I did not receive any message on that whole day. I was curious to know the outcome and I was impatient to know the result. I sent a what’s app message to Vimal on the 25th of December.

I asked, “What happened to your interview result?” He replied, “Sir I got selected for the government pilot training course.” Excitedly I said, “Congratulations Vimal. You made it happen. We are proud of you.” “Thank you, Sir,” Vimal replied. I said, “All the best Vimal. Good luck.”